Celebrating Easter is not something my family typically does together. Each family will go to church, but we don’t do a big Easter egg hunt or anything. Most often, my older cousins will take their kids out of town (usually Disneyland). This year was going to be just like all the other years. My two older cousins were leaving on Friday for LA as their families were going to Mexico for a week long cruise. My cousin, Karl, wondered if we were going to do an egg hunt now that his daughter, Izzie, can walk on her own and kind of understands the concept of looking for an egg. Being that my cousin Anne flew into town with her family, as well as my sister, we thought this would be a great opportunity to get together and celebrate!

Wednesday after work, I went to Target and got some eggs and candy. I ran into Cheryl at Target as she was getting some stuff, too. I dropped off the eggs and candy later that evening. The following day, everyone met up at Cheryl’s house at 5:30pm. We had some chips and an artichoke dip, as well as some chicken and pizza!

When everyone arrived, we hid some eggs throughout her backyard. The old boys decided to help the younger kids out with collecting eggs, which I thought was pretty cute. Kitty said she was going to kelp out her baby sis, but deep down, she knew those eggs were for her! 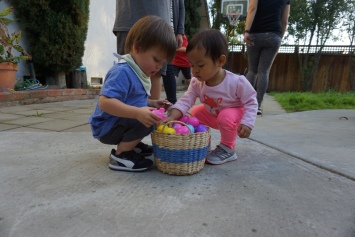 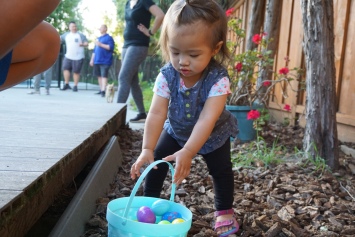 I love having my family together, especially the kids! And what I love even more is that both sides of my family get along and are involved in each others lives! It’s like one massive family (none of this, oh I’m only her cousin.. c/mon, Filipinos are all related! haha). When the last egg was found we took pictures of all the kids and their haul! 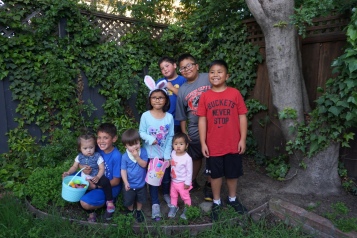 After the egg hunt, the cousins just watched the kids play and eat their haul while taking shots. Not really a “family tradition” but I feel like if we are all together and have no work the following day, why not include drinks? Plus, before heading to Cheryl’s, we were taking Hennessy shots with my dad at home. Yes, my dad will drink with us (but always regrets it the next day). 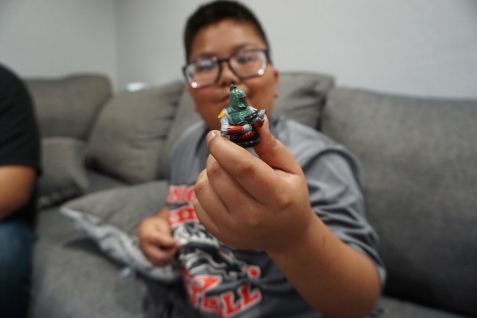 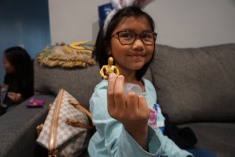 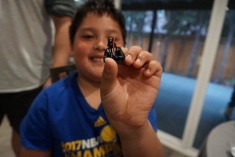 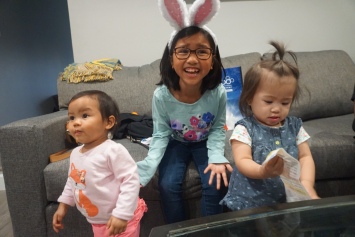 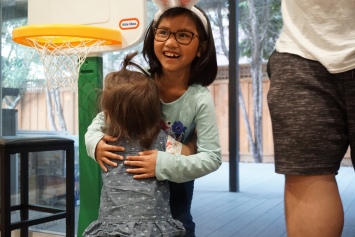 The next day, Anne sent out a group text to us and said:

“Thank you guys for the best pre-Easter hunt! Madi’s been dreaming of the best hunt ever and since everything’s happened she finally got to enjoy a real outdoor fun hunt!! We owe you guys so much! Can’t thank you guys enough!”

Madi aka Kitty is my Goddaughter and my cousin Anne’s oldest daughter. (Fun Fact: she is also the reason why I have my shoulder tattoo that reads “True love story never have endings“) A couple of years ago she got really sick and it took some months for the doctors to diagnose her with Lymphoma. During her first round of chemo, my cousin also went into early labor and had Kay prematurely at 26 weeks. So they definitely hit some hard times, but fast forward to 2018 and both girls are doing so well and Kitty has been cancer-free for a year now! So be able to give her that best hunt she’s ever hope her just melted my heart and filled me up with so much love and joy. I love that girl, so much!